Instead of whizzing passed…

We managed not to have a late night at the party and were in bed before midnight, so decided that it was quite possible to pop up a hill on the way home rather than whizzing straight home, making the most of the opportunity. I had grabbed a handful of maps before we left home so we spread them out for a look and quickly settle on Geal-charn (Drumochter) as we could park the car at the side of the road and walk straight uphill, with little disruption to our journey.
We had a substantial breakfast (again, as far as we could) before quickly packing our belongings and vacating the room. We had a quick pit stop for fuel and food at Perth and in no time at all we were at the car parking area just before Balsporran Cottages. We ate half a sandwich each and some fruit before donning our walking boots, lifting our day packs and heading off up the path.
It was rather unfortunate to find ourselves briefly on the wrong track, if only because we were in full view of a young couple when we back-tracked and took the right one, but there were no further incidents. We plodded up hill, only briefly stopping to take photographs of the view behind us and later on, just before reaching the summit, we had to stop briefly to put on an extra layer and swap a peak cap for a warm one, then almost a sprint to the shelter at the summit. Photographs were taken then, as the cloud had again descended around us, the map and compass were deployed to take us off the hill. Had A’ Mharconaich not had its head in thee clouds, we might have considered a second hill, but instead we walked off the spur to intersect the path and had back to the car. 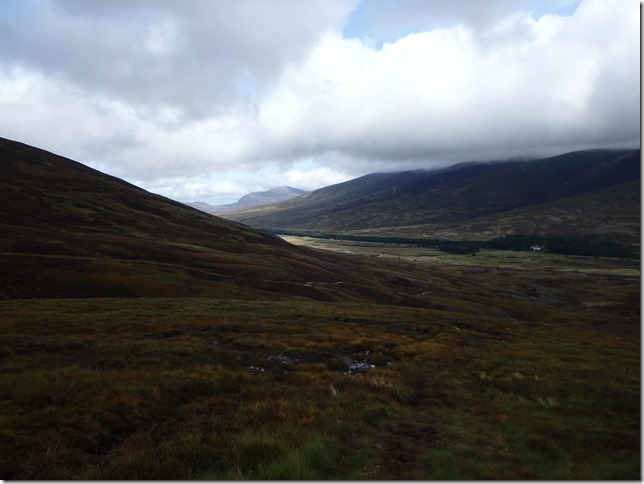 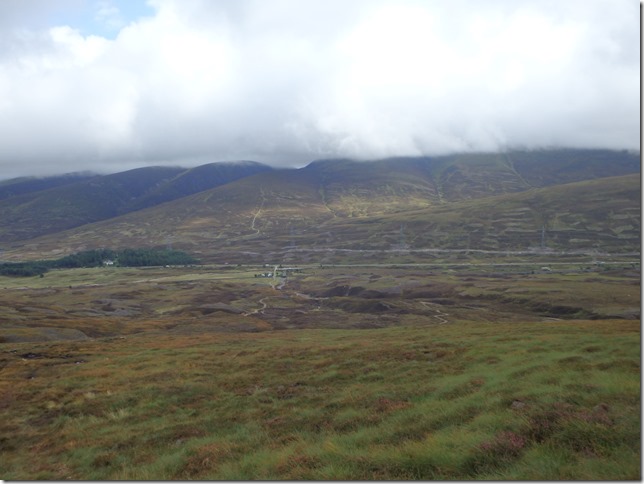 Looking down towards the car park 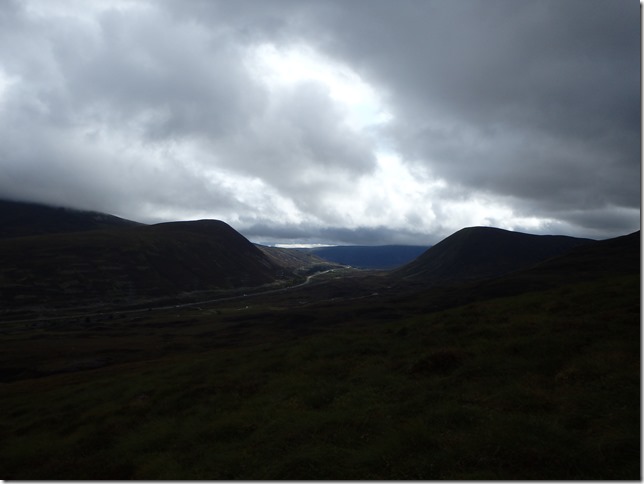 Looking south, along the A9 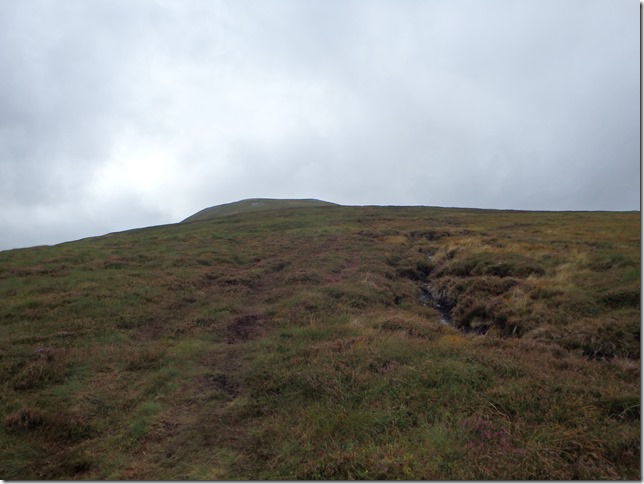 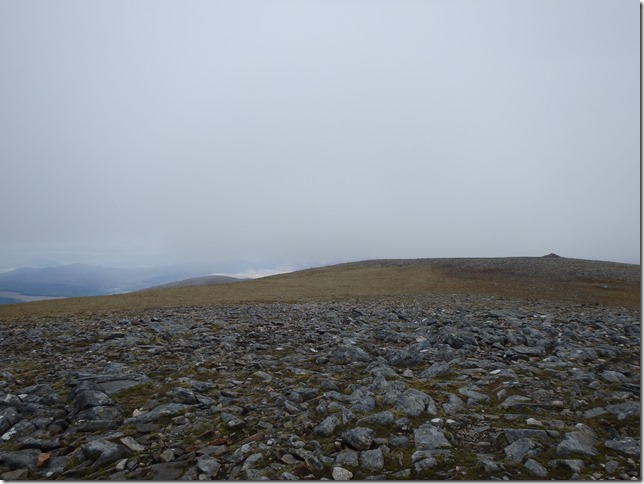 That would be the summit over there 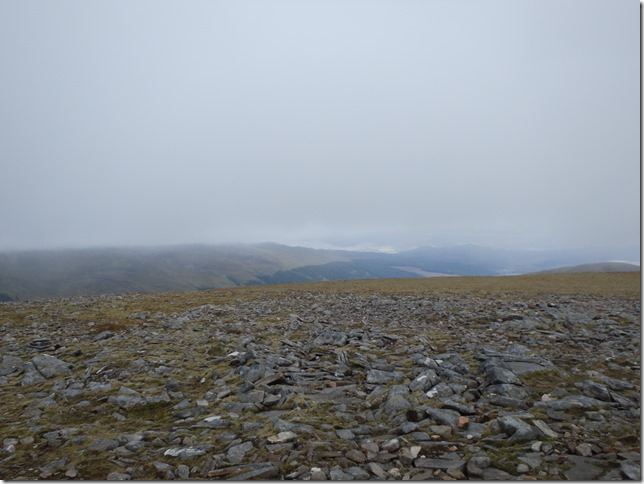 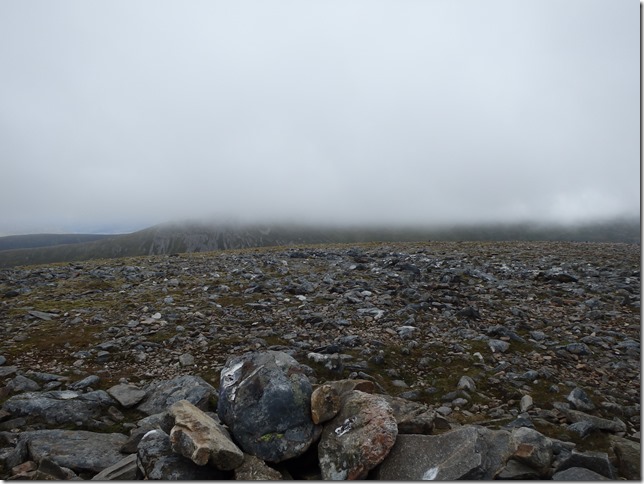 I do believe A’ Mharconaich is in there, somewhere 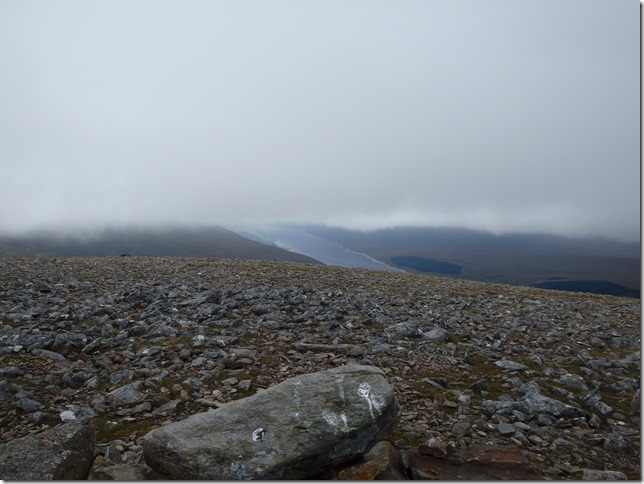 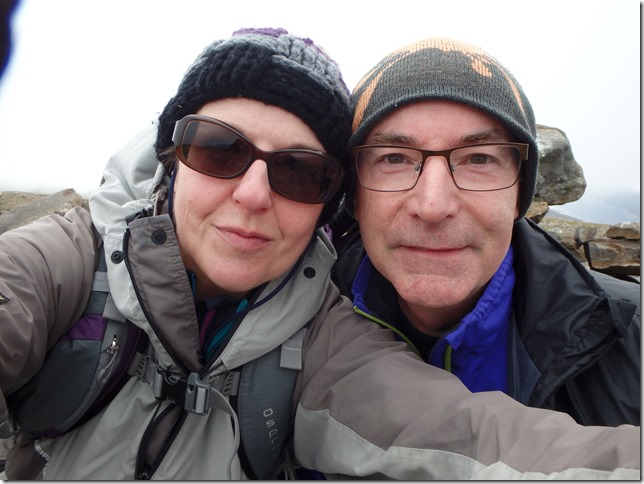 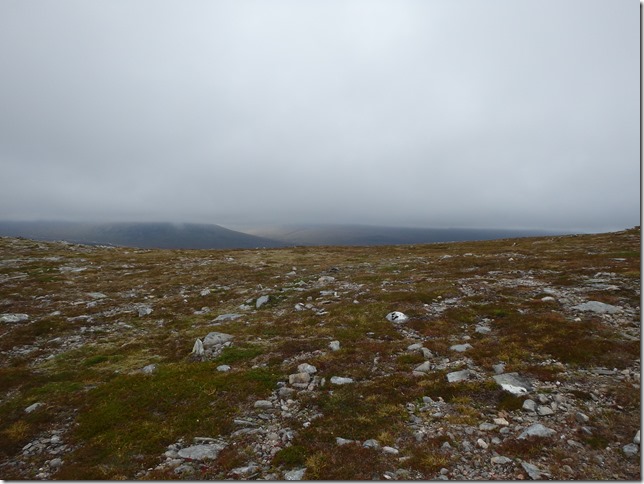 We had a wonderful walk, I absolutely loved it. Being able to walk up fairly substantial hills with relative eases is a revelation to me.
Roughly a total of 9.67km and 526 m ascent.
Posted by Louise at 14:40 No comments:

In October 2015, TTS and I nipped up West Lomond, which was a jolly nice walk, but we were restricted to just doing the one hill by time constraints. Last weekend we had the perfect opportunity to go back and nip up East Lomond when we were invited to a surprise 40th birthday party for my dear friend Emma, so we did!

After a good breakfast (well, as good as it gets at Holiday Inn Express) we set off for the hills, leaving the car in the parking area between the two hills. West Lomond had its head in the clouds, but East was still clear. We had a minor faff before setting off to follow the good path uphill. Not surprisingly it was easy going and very enjoyable, the views are really rather good. The last section is a tad steep, but was a breeze for us now with our new found fitness and we were soon joining a few other folk at the toposcope. No sooner were we up there than we were engulfed in cloud and the views disappeared. We still needed to reach the trig, which unusually is not at the highest point, we needed to leave the summit and find it, in the murk. We took the path heading roughly SE off the hill and just as we stopped to get the map and compass out to try to locate the trig I got a brief glimpse of it ahead of us, just off the path, so we headed straight for it. It had a small memorial at the base. 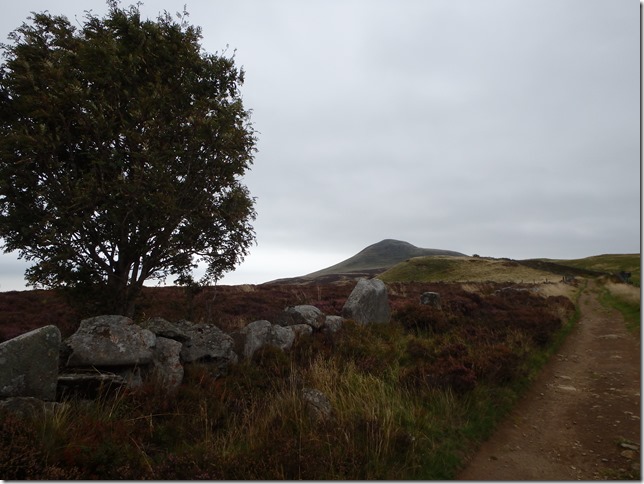 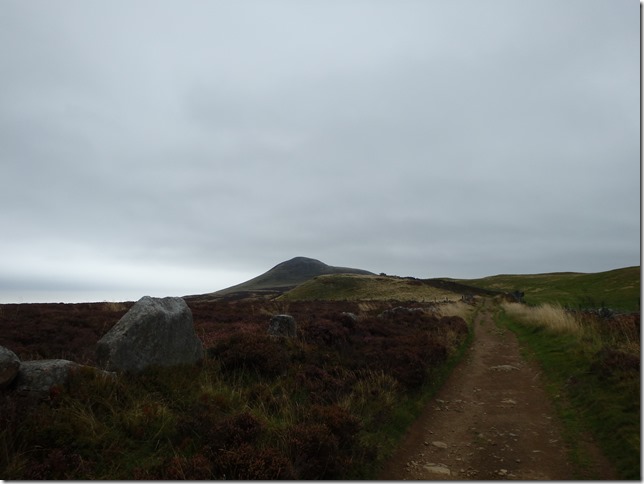 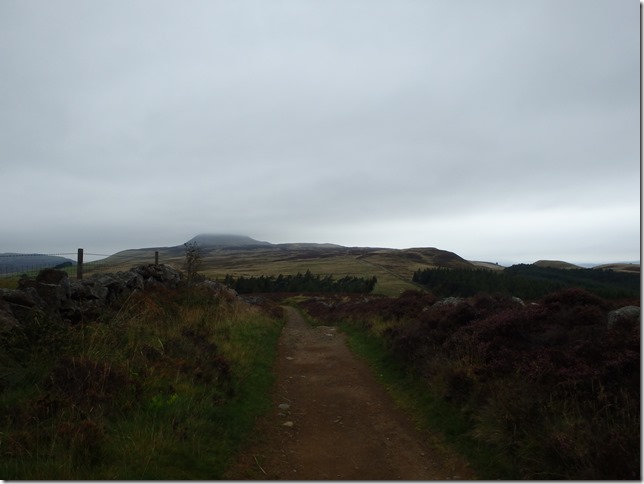 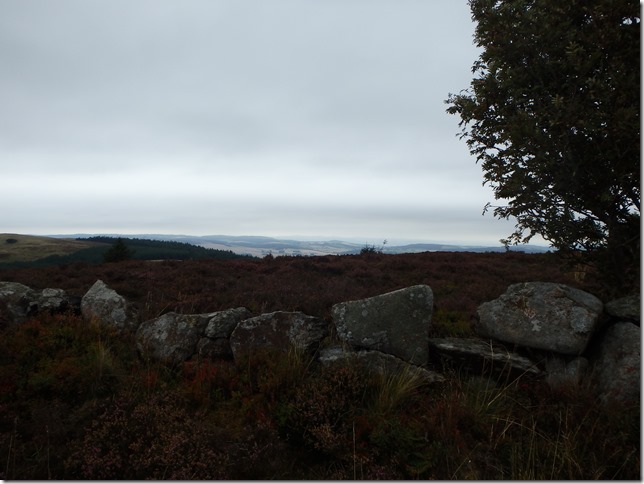 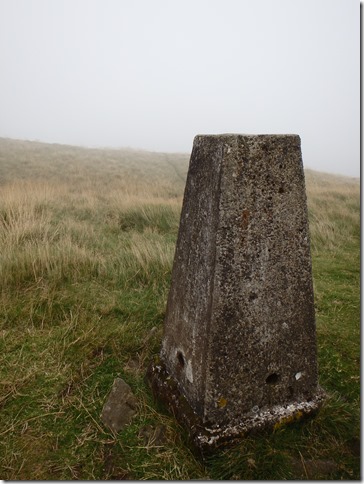 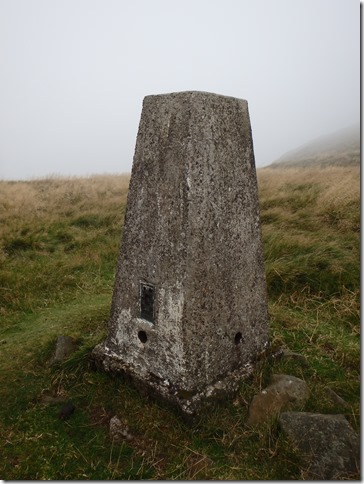 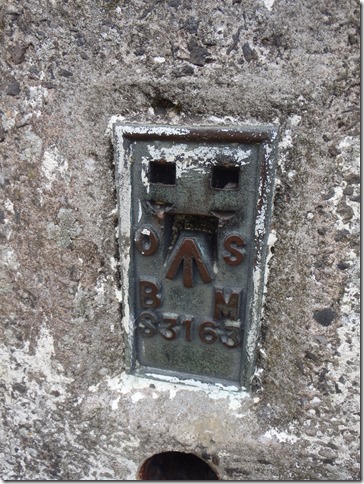 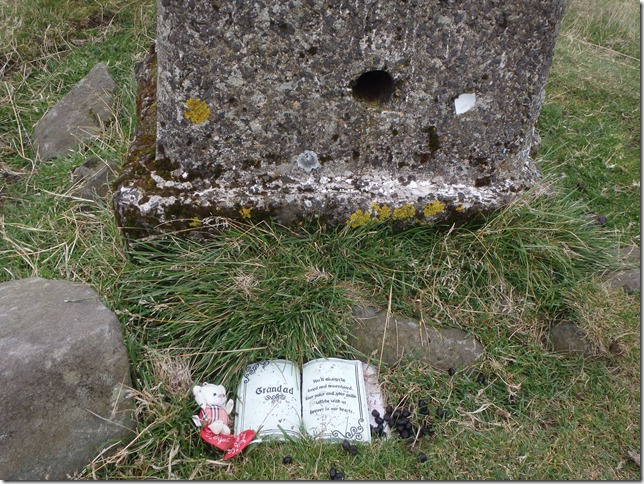 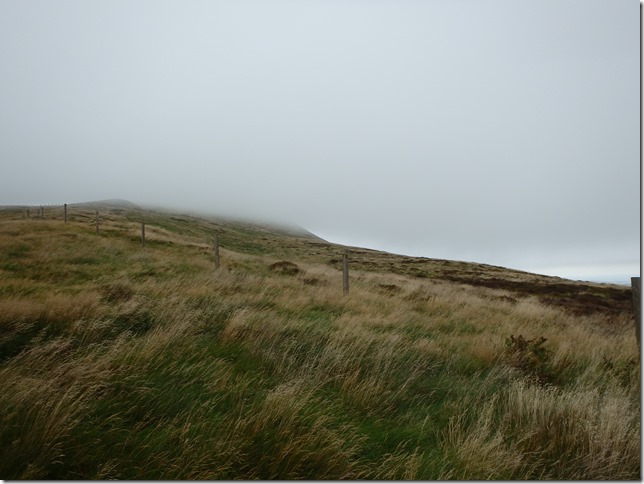 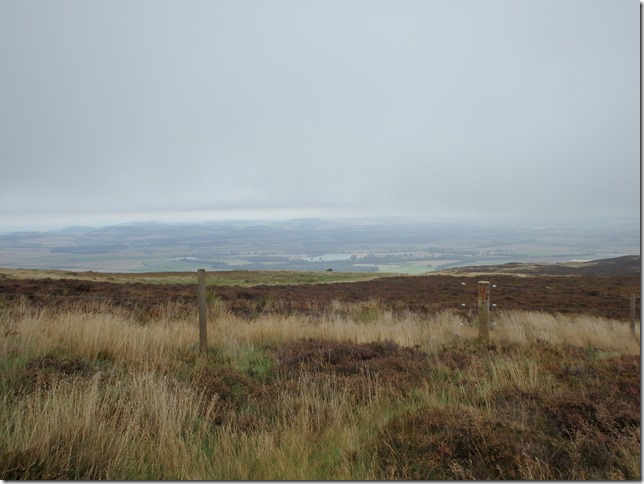 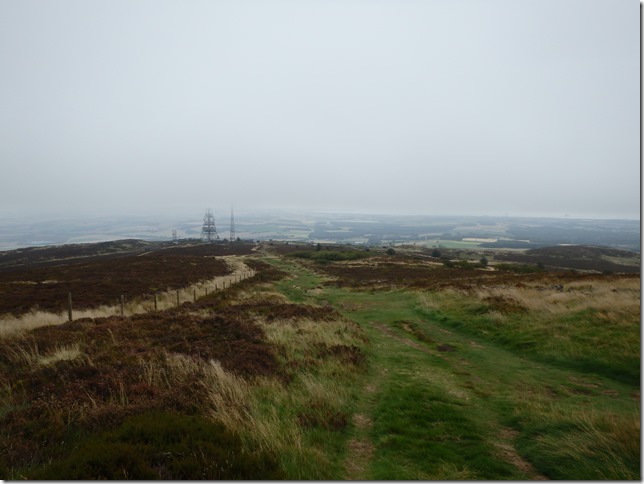 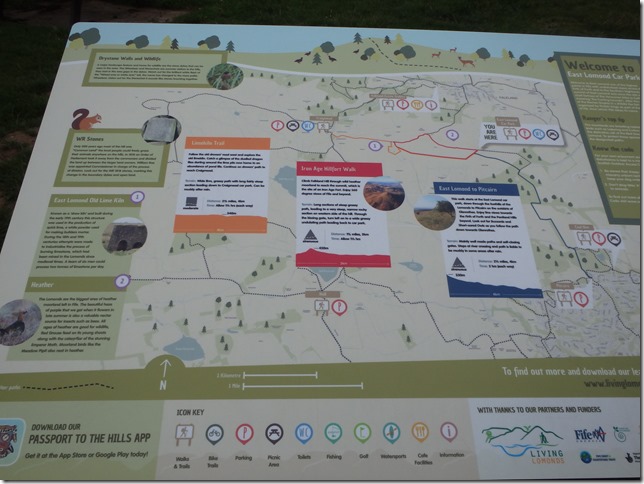 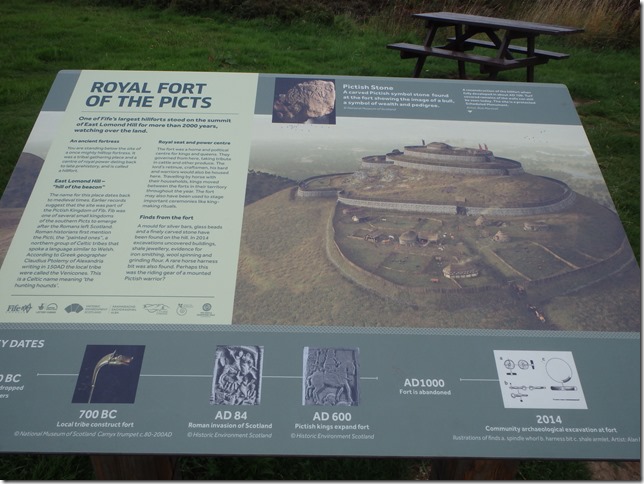 We then just regained the path and headed straight down to the other car park. We tarried a while, taking photographs and reading the information boards, then we headed off again on the path around the base of the hill before re-joining the original path and heading back to the car park. Not surprisingly perhaps, the cloud lifted before we got back to the car. A nice little stroll!