If you boil marmalade just a little beyond setting point, it becomes Oxford Dark Marmalade, ahem…

Well, that’s what it’s going to be labelled as. It has a lovely, deep, caramel orange flavour and is definitely set this time. For a second shot, I’m quite chuffed. I can feel a slice of toast and marmalade coming on for supper tonight!

I’ve been very productive in the kitchen today, in preparation for our Anniversary dinner tomorrow. Mulled pears with Roquefort dressing, followed by casseroled lamb with red wine and rosemary and crushed new potatoes with olive oil and parmesan, followed by Tiramisu (David’s rather partial so I’ll just have to force myself…). The Tiramisu is chilling, the pears are mulled and tomorrow I shall sous the vegetables for David to make the mains. Someone round here definitely drew the short straw, but we’d both rather cook ‘together’ than pay for a disappointing meal at a restaurant, (we appear to have much higher standards than most around here!) or, shudder to say it, a take-away, horrors!

Walking? Oh, there has been some. A couple of short walks with a combination of Angela, Louise and Lynne and a longer walk on Sunday with Angela and Jo, just to check if hoppy’s knee can go a little further than 6 miles. Apparently, it can, so we have a fifteen mile girly walk planned for Sunday. Hoppy’s knee may be fine, but I’m less fit than I was few months ago, (a little apathy having set in, oddly enough) so I may huff and puff my way around a little, but I’ve made bringing up the rear into a fine art, it’ll be fine!

Must dash, got to bolt down dinner before Ciara and I head off to Brownies. Now that was another daft idea.

Bet the original was easier to plan

Mum has  said David and I can have a few days away while she is having for her now shortened stay next month, so I am planning The Great Escape from the 14th – 18th May.

Now all I have to do is plan where, how and what we will do.

Obviously, walking and alcohol will be included, but not necessarily at the same time.

Decisions have never been my strong point. Out with the maps!

Now, I am hopeful for next year. Positive. Looking forward.

I’ve a year to refine, to train and to get fitter.

Because today, I want for a short walk with David, the boys and Ciara and we saw this: 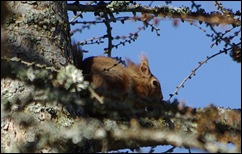 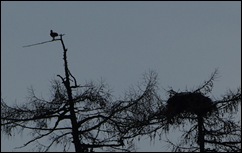 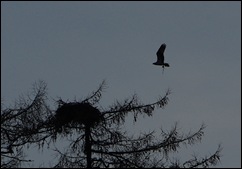 and I remembered why I love being out of doors.

I’m planning a few days with David next month and then, onwards and upwards to next May.

(Just in case you’re not sure, that’s a red squirrel (we saw two, but this was the best shot) and an osprey. Beautiful.)