I don't do Hallowe'en, at least, not in what appears to be the popular way, because I'm not American. I don't mean to be controversial, but there it is. We don't do 'Trick or Treat'. My children have never dressed up and knocked on doors, I never did as a child, (long time ago, I know) and I put a polite but to the point sign on the door saying we don't.

Somehow, I always get persuaded by my girls for them to have friends round, dress up, bob for apples and have slightly odd food. Nobody needs to know what goes on behind closed doors... 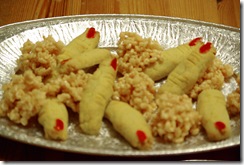 I prefer something a little more up market myself and a nice G & T with ice and lime to start. Ahh, must be a Saturday.

I have absolutely no good excuse for my disappearance, to be honest, I don’t suppose I thought anyone would notice, but just in case you did, I’m still here. Sorry to disappoint!

I’ve been doing bits and pieces over the last month I s’pose. Took three of the little treasures for a stroll on my own over their ‘Tattie Holidays’ mid October. Rhiannon was too busy with her nose in a book to join us. David had the pleasure of dropping Aedan, Conall, Ciara and I at Roseisle, just up the coast a bit, and we walked home along the coast path. It’s quite a nice 7 mile stroll, but it’s always windy and that Sunday it was blustery, showery and a little chilly, but we made it home safely. I’m not used to taking sole responsibility for our offspring in the great outdoors, but apparently I’m quite capable. Shall do it more often now. Maybe.

Had another girly walk last weekend. Yet again, we were a good few short of a full house. We started with seven, but by the time we finished, we were four and a little damp round the edges. It was only a local circuit around Forres, about fifteen miles, but it was actually quite a nice, varied route and the promised rain didn’t start till we’d dropped down the other side of Califer hill, so the wind and rain were at our backs and we barely noticed it. No, really, the damp creeping up my trouser legs, the droplets dripping off my nose were the least of my worries, but we won’t go there. Suffice it to say, I was glad to reach civilisation when we did. Even if the shortcut, at half a mile longer, was strictly speaking more scenic than short. What’s half a mile between friends? Depends…

Now is the time to add a map, but I’m still working on that. I’ll get there, I’m just a bit slow. Sounds like a good name for this blog.

So, that was last weekend, since then I’ve walked a usual six mile Monday route with my friend, the Other Louise, five miles into town and back to bank a birthday cheque, (not mine, sadly, another seven months yet) and five miles to the hairdresser and back to be well and truly scalped. It’ll grow back.

The Achilles? Ah. Now then. I really ought to have done something about that before. Now I have a lump on my heel which isn’t shifting but isn’t really causing any grief. Until I walk  a fair distance in my boots, then it might be a little inflamed but not really painful, just a little. I’m making like an ostrich, it’ll sort itself out in time.

David says he’s doing  the Challenge with or without me. Bloomin’ cheek! He wouldn’t have known about it without me. Humph.

Ploughing on with the photography course. In fact, I’m well ahead with the course, so I’m entitled to ignore it for a day or two while I get the camera surgically removed from my face. Not attractive. 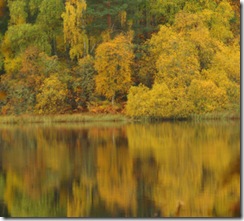 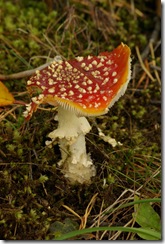 Any road up, best be off. The little treasures are just getting in from school and I’m sure I ought to be doing something more constructive. I just don’t know what off hand.