I first met the inimitable Jane Egg in May 2010. She was on her first Challenge I believe, the year that David and I didn't get in.
She was standing by the bridge at Bridge of Oich and asked us for directions to Fort Augustus.
Later, when we were having fish suppers at the chippy, Jane arrived and went to the chippy to get a meal before going on to Blackburn bothy.

A year later, I met Jane again, this time at Shiel Bridge. I was panicking about a river crossing on the first day of my route and whilst we chatted, it tuned out Jane was going the same way, "Walk with me! I'll look after you." And she did.
We walked together for the first day, rescuing The Cowboy when he fell in a stream, crossing the river with no issues, sheltering behind some large boulders at the top of the bealach for lunch and frequently paddling through bog as we fell off the path constantly on our way to the Youth Hostel at Alltbeithe. We sheltered for a while in the porch, avoiding a prolonged shower, before making use of the facillites and then making our way along River Affric to find a camp spot. In the pouring rain. On boggy ground (that was to get much wetter) that was full of ticks.
It was a stormy night, during which time Jane's tent came unpegged. In the morning, poor Jane cried "Oh no! Even my spare pants are wet!" Oh dear.
I set off a few minutes after Jane, but caught up with her at Athnamullach, where she was having a crafty fag in the shelter of the buildings. She had a schedule to meet, so I happily sent her on her way so as not to slow her down. I caught up with her later in the day, just as she was leaving Cougie having dried out her smalls.

I met with Jane so many times over the rest of that first and my subsequent Challenges and she was always so friendly and full of life.
I have some lovely memories of Jane Egg. 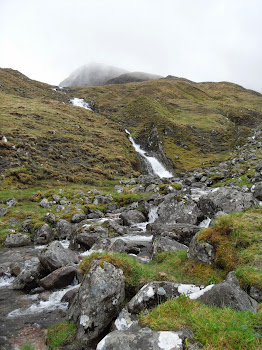 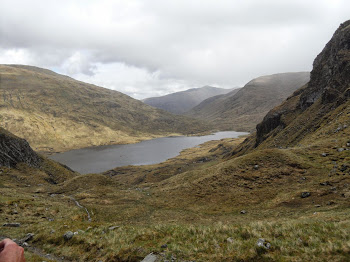 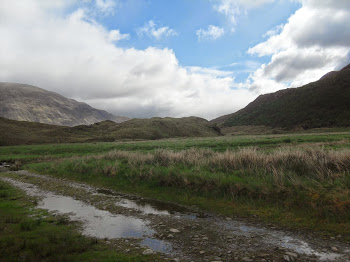 I have also been looking at apps. For all sorts of things!

And this one appears to work!