Not been up to much lately, but we supervised the Rangers’ Silver Qualifier Expedition last week. They started at Insh in Glen Feshie and walked through the forestry to camp at Loch an Eilein (groups can get permission for this) on the first night. The second day they walked via the Cairngorm Club Footbridge to Glenmore and then on to the Ryvoan Pass to camp at the bothy. Here was Midge Hell, which I could have warned them about had they asked…The third day they continued on through the Pass to finish at Nethy Bridge.

The weather was challenging. Mostly it was really hot and humid, the kind of heat that I would not choose to be out in. Not just because I don’t do hot, but also because it brings the midgies out to play. It did however mean there was potential for storms and on day two, there were two heavy downpours, the first being particularly heavy. There was no percussion accompaniment to these. On the last day they didn’t get caught in any rain but there was a lot of thunder rumbling around in the afternoon and some terrific lightning. Luckily it was dry both nights, so they didn’t have heavy tents to carry, which was a bonus.

It was not a navigationally challenging route, although they did manage to get misplaced in Inshriach between Moor of Feshie and Loch an Eilein. They found themselves and arrived at camp on time, which is exactly what you’d hope for (especially when we’d done the training, we got something right!)

We had lots of time to kill as this was their Qualifier and they are a very competent and capable group. They did however have a team member who needed a couple of concessions due to a minor physical problem, so she got to carry a daysac whilst we delivered her pack into camp every night and we were available to offer a couple of lifts if she wanted them, so we did walk into meet them a couple of times for that purpose. This included meeting them at Forest Lodge on the last day where she declined the offer of a lift, but we then got caught in a ridiculously heavy downpour on the way back to the car and they didn’t even have to dodge a single drop, huh! At least we managed to clock up a few miles walked ourselves, about 20 miles with about 1377 feet total ascent.

I can’t see any reason why they would have to re-do their Expedition (we don’t ‘fail’…) and I can’t see them attempting their Gold (they don’t have the drive) so that’s it for the Rangers!

In all fairness, the best bit for me was seeing a Hen Harrier flying over the Dava Moor on the way home, but that’s just me… 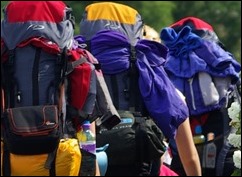 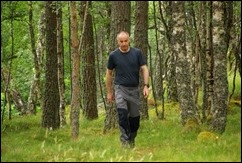 Beware the Man in Charcoal…. 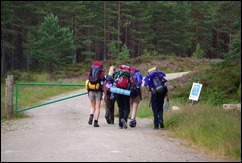 Before they got lost 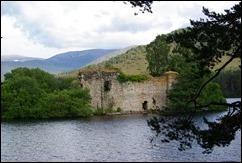 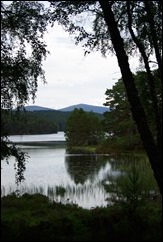 Across the loch to Meall a’ Bhuachaille 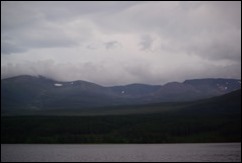 Clouds gathering over the Cairngorms