A Corbett, Carn Ealasaid and a Corbett Top, Beinn a’ Chruinnich

I had to drop Ciara off at Keiloch, near Invercauld Bridge, for her Gold practice expedition, so I thought I’d make use of the journey and tick off a couple of hills. Laura fancied meeting me there and keeping me company, so we met at The Lecht and after a bit of chat, decided we should put our boots on and climb the hills. It was quite breezy with a cool edge, so our clothes were suitably adjusted to allow for that before we set off, along the track uphill.

We were following the ski tows for the first hill, which had us pausing to enjoy the views regularly. We also had to cross the nesting ground of some common gulls (I think, I didn’t spend time looking closely…) they weren’t happy with our presence, but just took to the air and made a lot of noise, there was no swooping or pooping. We made it safely to the summit and wasting no time, picked our route to head for the Corbett. 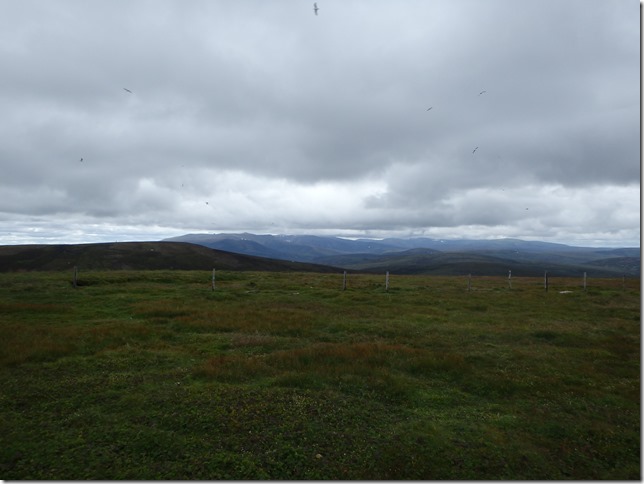 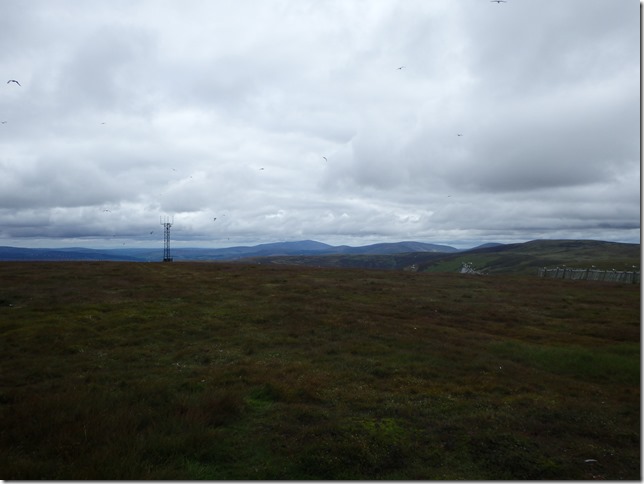 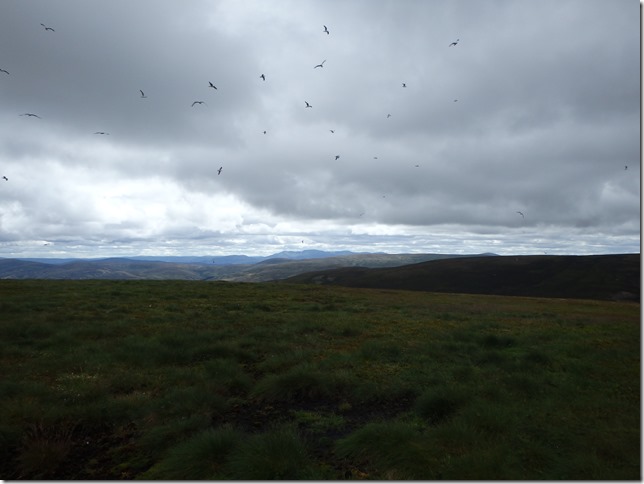 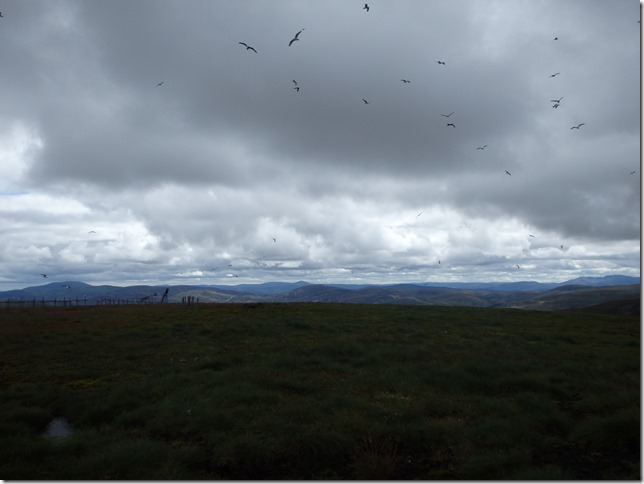 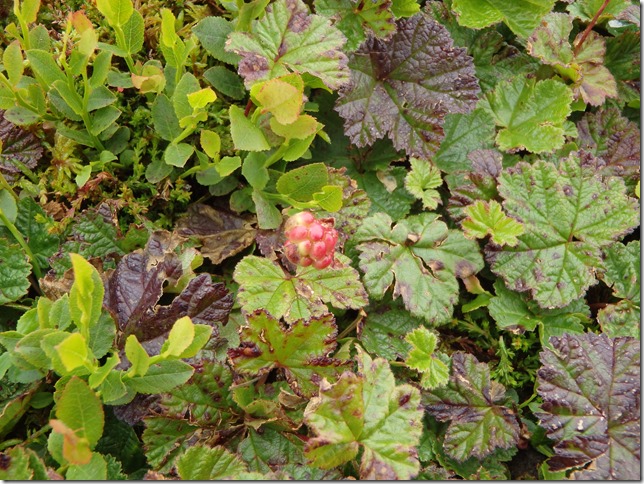 Poor photograph of a Cloudberry 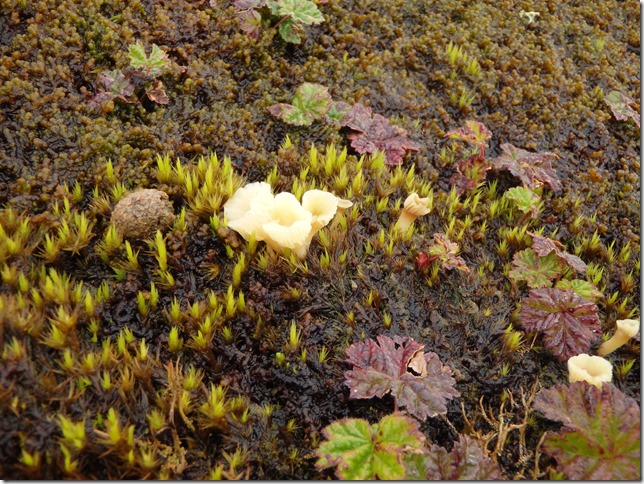 We chose to head along the ridge to the coll, before making a final ascent to the summit of our second hill. We had rather fine views all the way around, picking out Morven, Ben Wyvis and Ben Rinnes to the N, NW and NE of us, Ben Avon to the W and Lochnagar and Mount Keen roughly to the S of us. After a short discussion, we returned the same way as the the shorter route would have involved losing too much height and then having to climb sharply again to regain it. It also would have involved wet feet, I think, whereas our chosen route meant we could easily cross a small area of hags which, in the event, we actually quite enjoyed. Well, I did, I think Laura did! 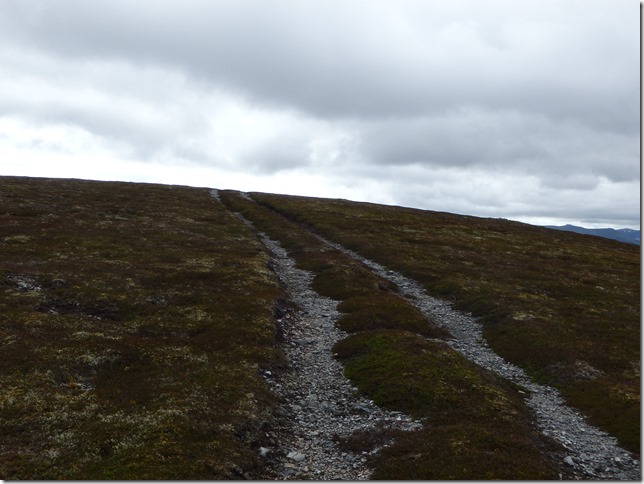 Lovely track, but of no use to use to us, except for a few yards 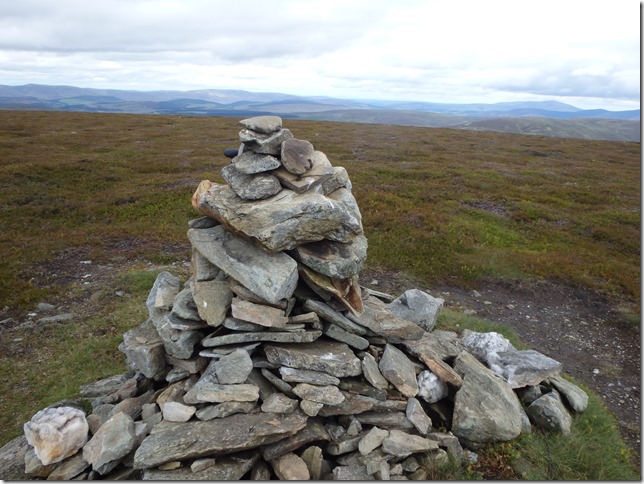 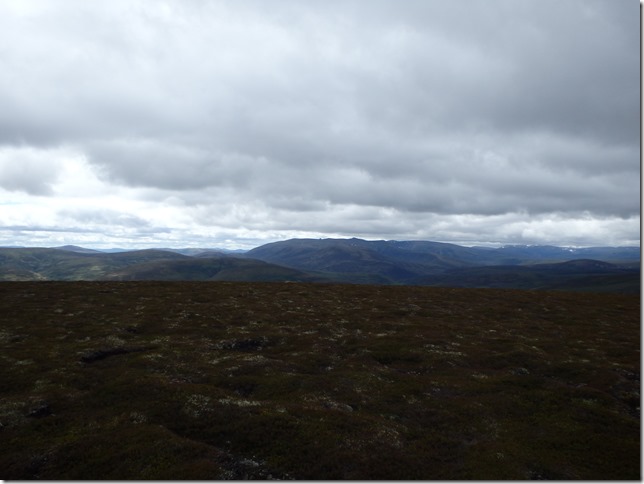 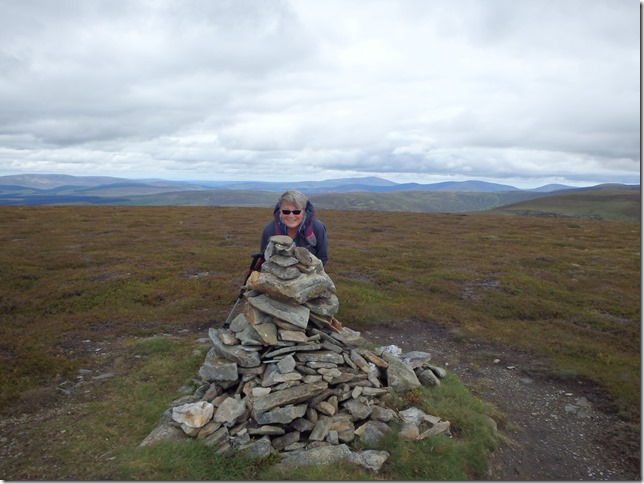 Laura, behind the enormous cairn, koff 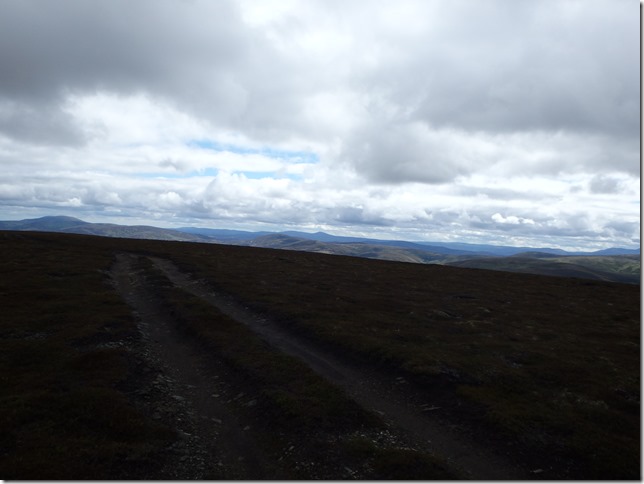 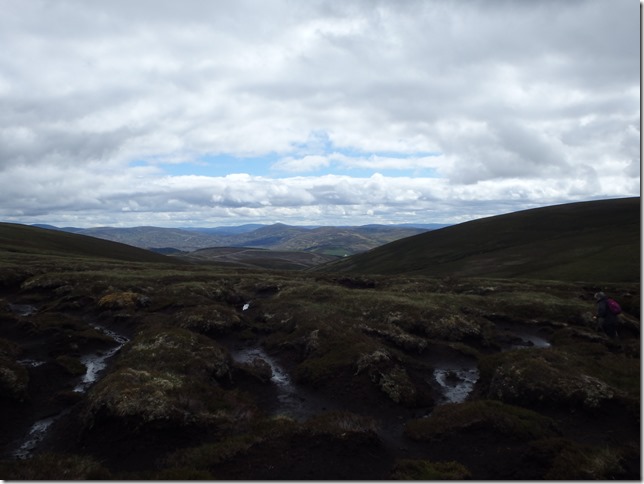 Laura, hag-hopping, with Corgarff Castle in the background (look carefully…) 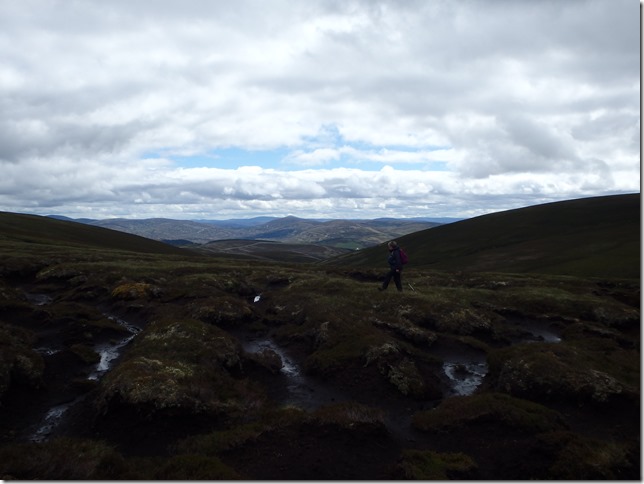 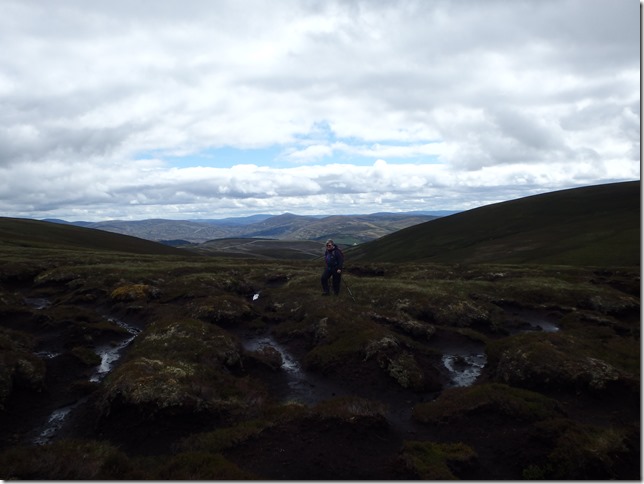 After returning to the van to eat our lunch, we decided to pop into the cafe for coffee. It was, unremarkable. But the company was excellent, again!

About three weeks ago, David was away with the car, but Laura drove across and picked my up to go for a walk. We decided to park at Logie Steading and take just a little stroll to tick another local trigpoint at the edge of Drumine Forest.

It was a pleasant enough day, a bit humid and still with the promise of rain, but we didn’t want to don our waterproofs too soon. Off we set, up to the big house and then uphill to meet the road, cross it and continue through the farm yard to the Dava Way. At this point we explored the option of making this a circuit, but soon discovered our way was blocked by cattle and neither of us felt like either finding a way through or around them, so after looking at the military buildings close by, we returned to the Dava Way and continued north for a while. We became aware of a small group ahead of us, which we eventually caught up with, well, at least, one of them that had been left behind. Turned out they were a DofE group (so team work was not their strong point!) doing their Silver qualifier from Gordonstoun. Actually, not that impressed with them. 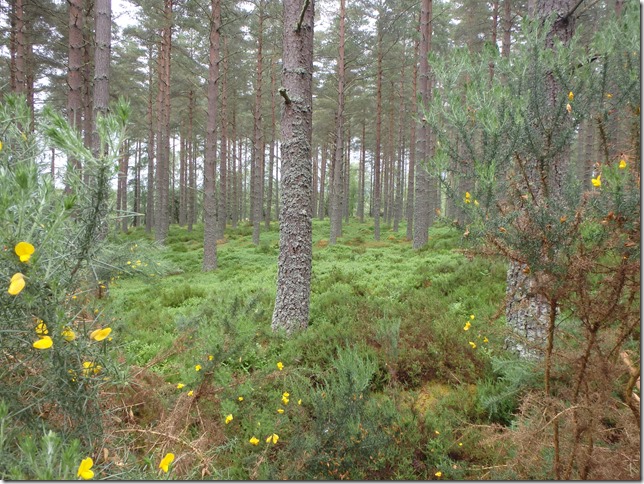 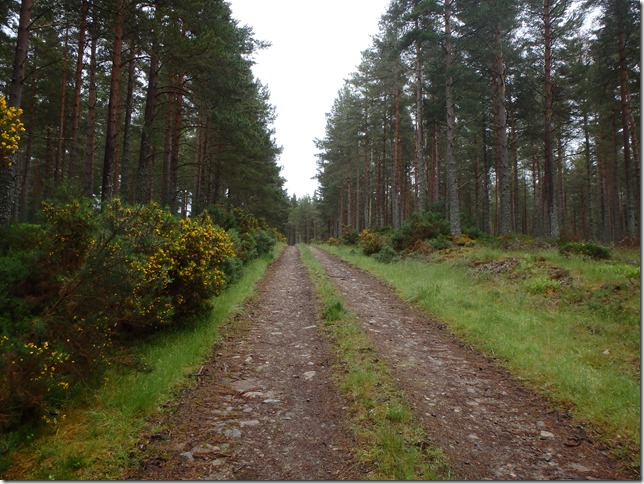 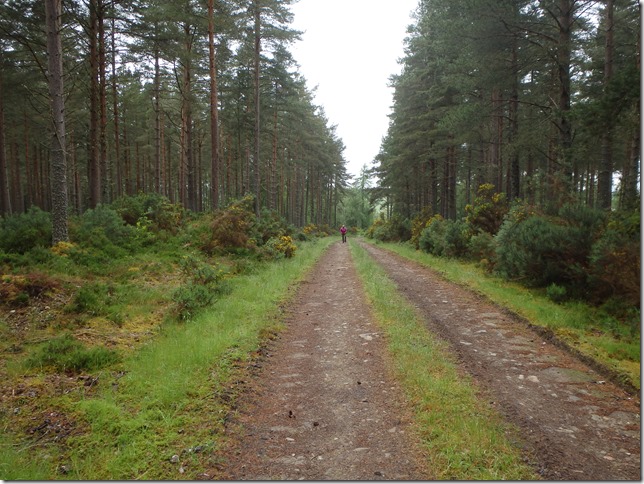 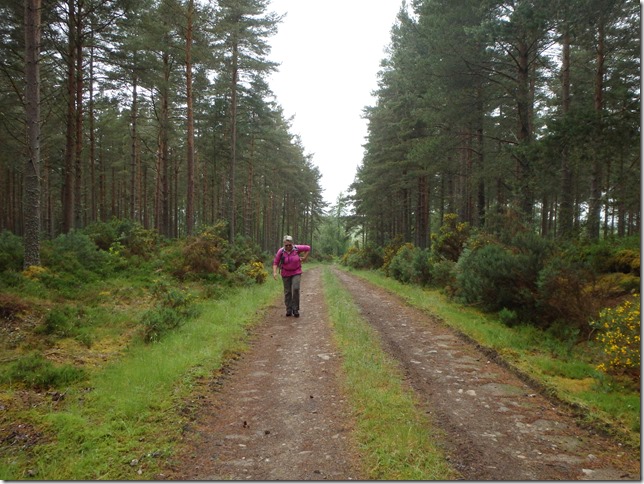 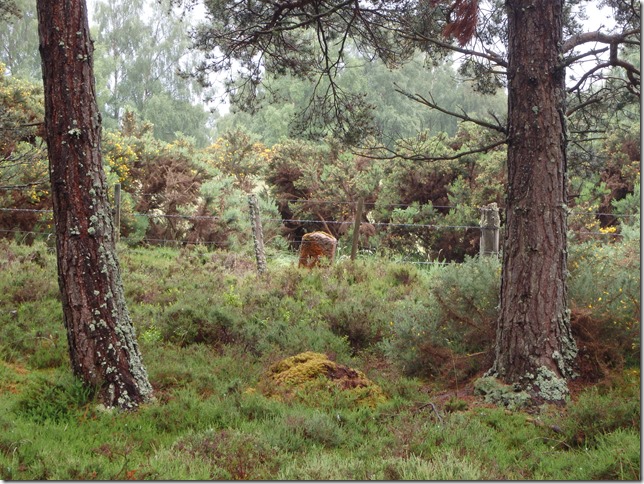 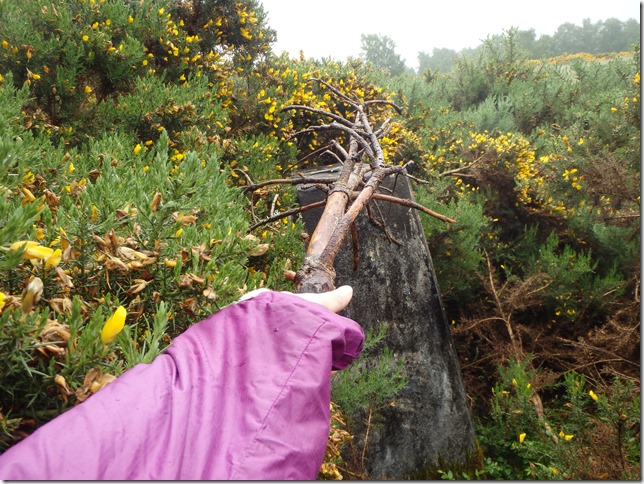 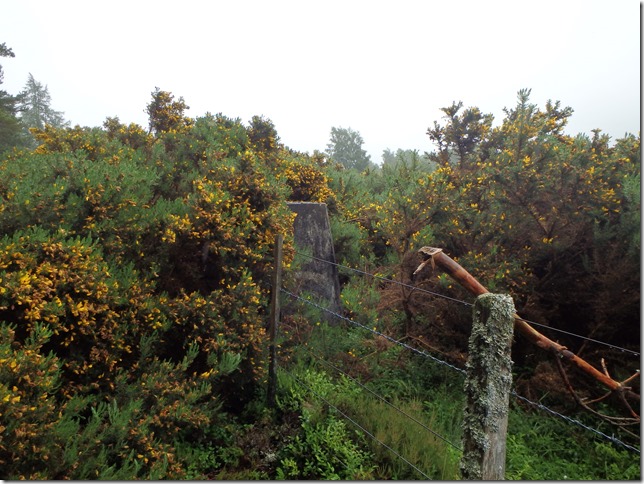 …it was well surrounded…

Anyway, we left the straggler to it and continued on our way, turning off the Way and into the woodland. It was a nice stroll through the woodland, the navigation was not taxing and it was remarkable easy to spot the trig. The problem was reaching it! A suitable branch was found, the trig was touched and then we were on our way again. We briefly contemplated making a circuit through the woodland, but found the onward path to be somewhat damp, so instead returned via our outward route quite happily, made our way to the coffee shop and had soup for lunch. A successful outing! 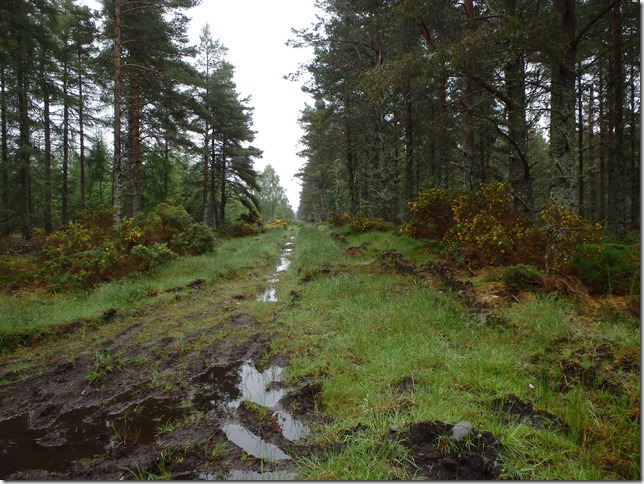 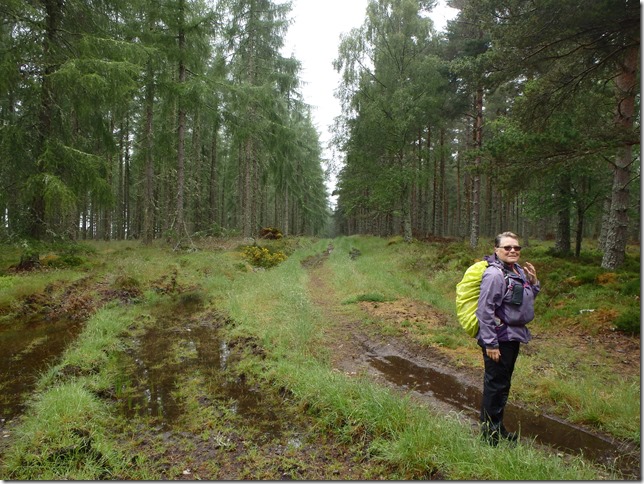 Laura wanted to go this way 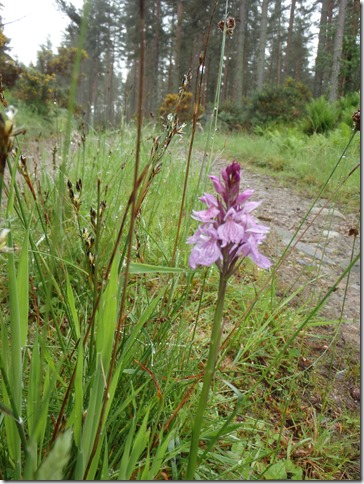