The year didn’t start awfully well, David was still working south of the border and my misery during his absence was growing. However, we carried on.

Rhiannon had another big year educationally and again acquitted herself exceptionally well. She’s now enjoying her last year at school. She also finally managed to get herself a weekend job. She likes the money.

Aedan really started to get to grips with his Duke of Edinburgh and quickly had his skill, physical and volunteering activities signed off. His expedition came much later in the year and having achieved his bronze award with ease, he is now getting stuck into his silver. He also got a weekend job and enjoys the experience and freedom it affords him.

Ciara was a great help and comfort while David was still down south and she has also started her Duke of Edinburgh award. The poor thing is an educational guinea pig as they try out the new Curriculum for Excellence on her year group. She’s brilliant, don’t know how successful the new curriculum will be.

Conall has started his last year in Primary school and is being prepared for the local Academy. Joy.

We finally managed to climb Bynack Mor and had a great time doing so. I completed my second Challenge, but it was during a really hard period of time. I proved myself somewhat mule like as I was determined not to lose face in front of strangers, but I’ve learnt to wear the right boots next time. And work to my own body clock.

Shortly afterwards I was not at all well. Luckily David was due to be move to a position much closer to home and was able to move much earlier than planned to love and care for me. He soon had me firing on all cylinders again and back to my old self.

There’s been some Guiding stuff for me and Ciara. I’ve become a fully fledged Guide helper and left the Brownies behind (phew) and with the Guides we’ve been to PGL at Dalguise (excellent fun) and Cally Rally at Dochgarroch (ridiculous fun!)

Walking, there’s been a bit.

At around this time we realised how much our children have grown up and that this then gives us more freedom to do our own thing. We’ve walked and we’ve camped and we’ve had an absolute ball. The Christening Trip was a giggle and backpacking from Blair Atholl to Kingussie via the Minigaig was just excellent fun. The return to Glen Affric was a shade damp but a giggle. 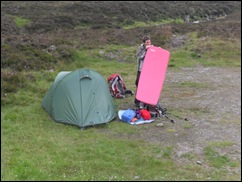 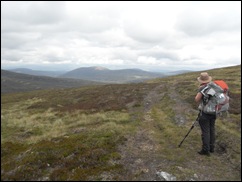 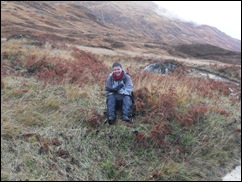 Laura has been around quite a bit this year and we have managed more walks together than ever before. It’s been a blast and we have made plans for so much more, I can’t wait. 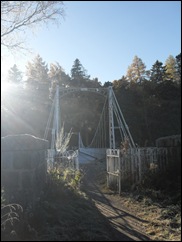 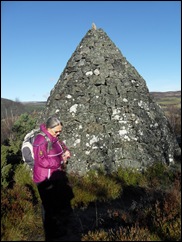 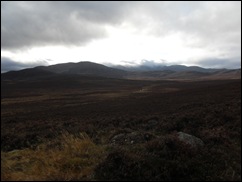 Then of course, there was The Envelope. Another exciting big walk to look forward to with a little planning on the side (best bit? Maybe!)

We went to see a gig in November, Bellowhead played Ironworks in Inverness. We had a meal at The Mustard Seed (‘we’ being David and I!) and then went to the gig. It was brilliant!

Sadly we had an unexpected trip to Grimsby at the beginning of December to attend the funeral of a dear family friend. We stayed in a slightly grim hotel at Scotch Corner but within walking distance (well, skating, it was extremely icy!) there was a nice pub where we had a fabulous meal.

I don’t know, but I think really the new found freedom of having older children has been a complete revelation and will transform our lives, especially now that David and I can enjoy that together.

And to top off 2012, I’ve walked 1001.54 miles this year, with 65532.6 feet ascent, completed today with an 11.1 mile walk from Revack Lodge to Nethybridge and back. A new record for me. I can’t quote previous years because I’ve stored them on a separate hard drive that I can’t be bothered to plug in, but I think this is only the second year I’ve actually managed to keep a complete record. I’m getting better!

There’s probably lots I’ve forgotten, but overall, especially towards the end of the year, things have been good.

All the best for 2013 and probably see you there!

It’s a long time since we’ve managed to walk on Christmas Eve, Christmas Day and Boxing Day, but it was the last walk that was a bit further from home. Not much and nowhere new, but it was a cracking day and well worth the effort.

We parked at the Visitor Centre car park at Glenmore and then set off around the eastern end of Loch Morlich to pick up a path that would eventually lead us to the Lairig Ghru path, where we would then head north again and to Coylumbridge, there picking up the cycle path to take us back to the car. 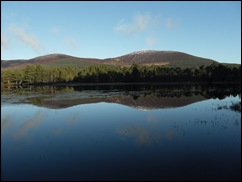 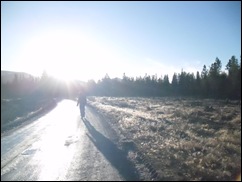 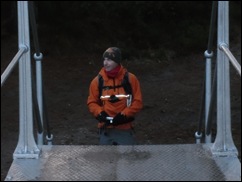 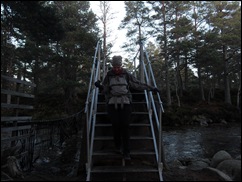 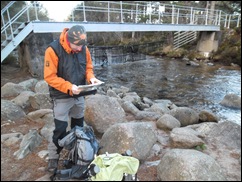 It was a really lovely day out!

T'was the night before Christmas, and all through the house,
Not a creature was stirring, not even a mouse...

Merry Christmas to all xx