During Mick and Gayle’s visit the other week, Gayle had ticked off a couple of Marilyns that actually feature on mine and Laura’s Trigpointing list that we have been putting off for a while, so, they had to be done, tout suite.

We were both a little short of free time, but an opportunity arose on Thursday morning and arrangements were made to meet at a suitable place to abandon a car and a van at the Hill of the Wangie. It was perfect walking weather to start, slightly cloudy, cool but not cold. We had some great views on the way up. 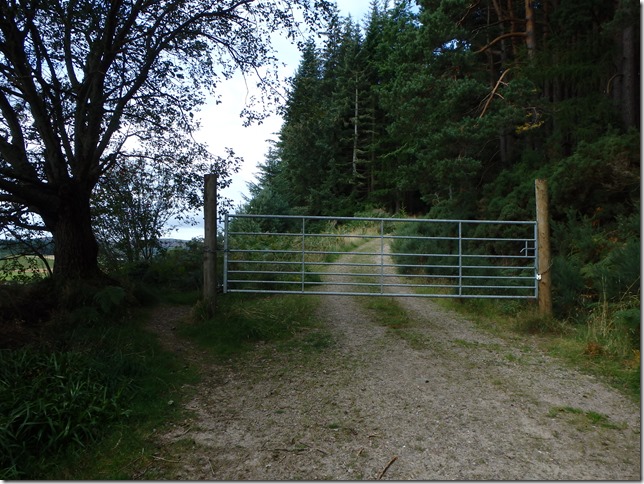 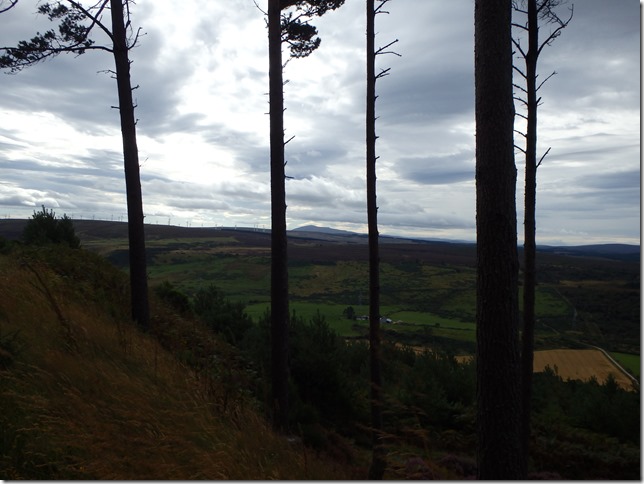 Ben Rinnes, through the trees 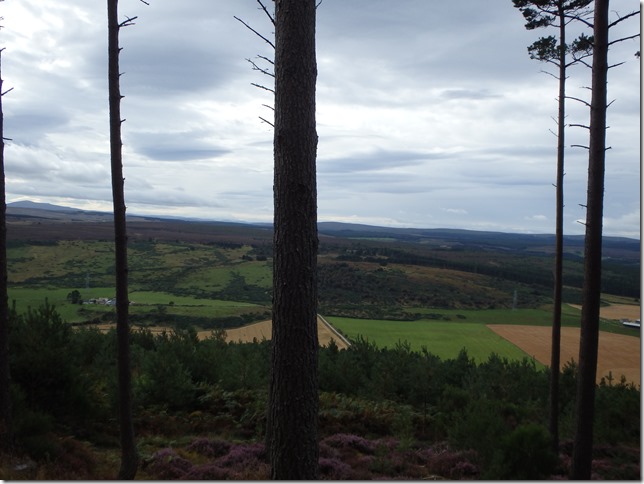 Ben Rinnes to the left, the Cromdale Hills right of centre 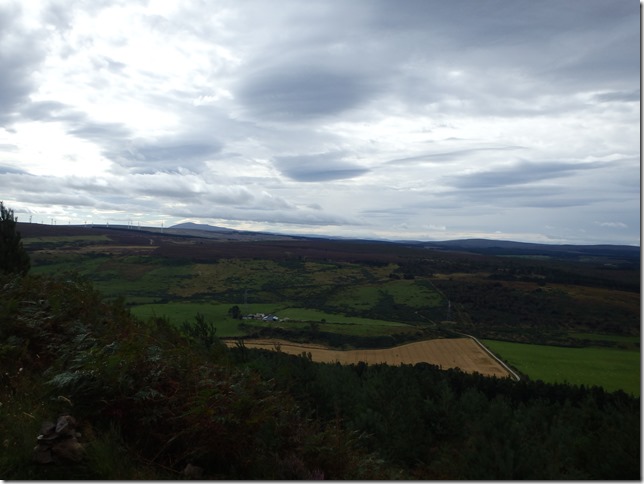 And without the trees in the way

Having abandoned the vehicles, we set off round the gate and uphill at rather a pace. We soon settled down to a much better speed and made our way steadily up, up and yet further up. We were able to take a mix of forestry tracks and mountain bike routes, then we took a suitable looking firebreak with one or two blow-downs to negotiate before we had to take the plunge and weave our way through the trees in the general direction of the trig (using GPS at this point). It was not difficult to locate and we soon had this one ticked off. 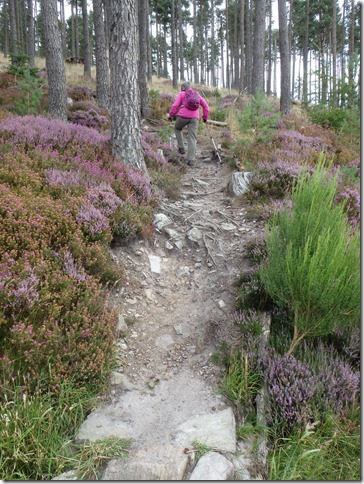 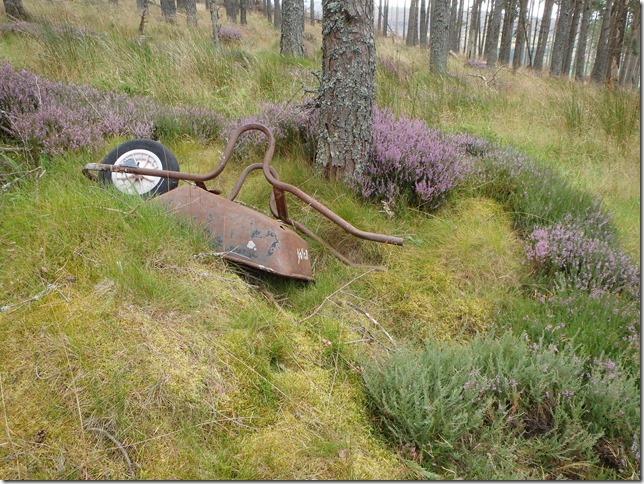 In the middle of nowhere, an abandoned wheel barrow! 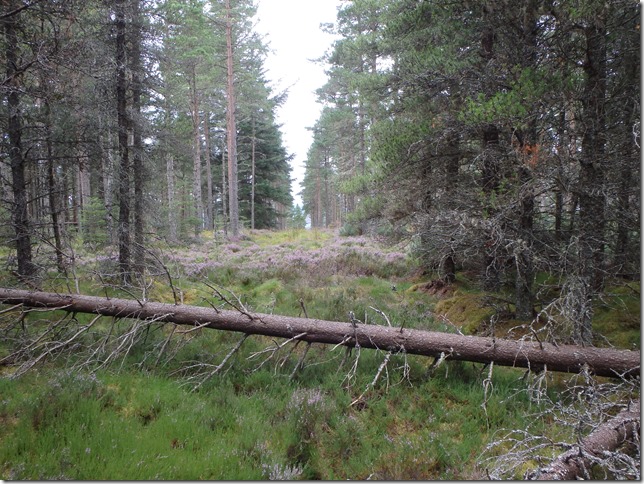 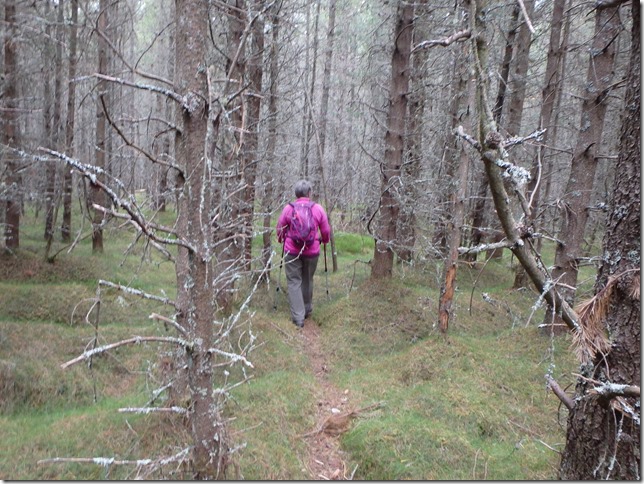 Weaving through the trees 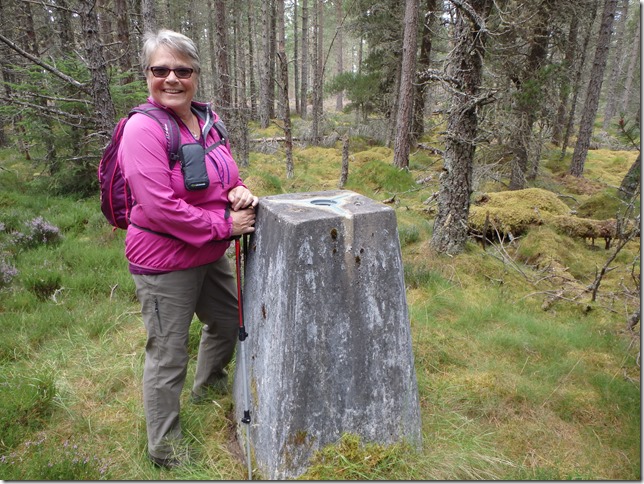 We decided to continue on along the firebreak we were now in until we met the forestry track further along than where we’d left it and made our way down from there.

We managed to stretch this one out to 2.57 miles and 478 ft roughly and it was really good fun to boot!

Having returned to the vehicles, we decided to move them to the next parking spot before having lunch, so off we went to Burgiehill, parked up and then I joined Laura in the van for a sandwich and a spot of Fly Flapping. 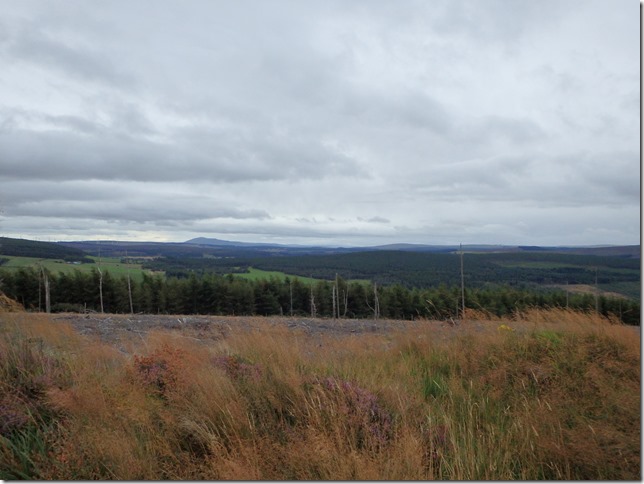 Another view of Ben Rinnes and the Cromdale Hills 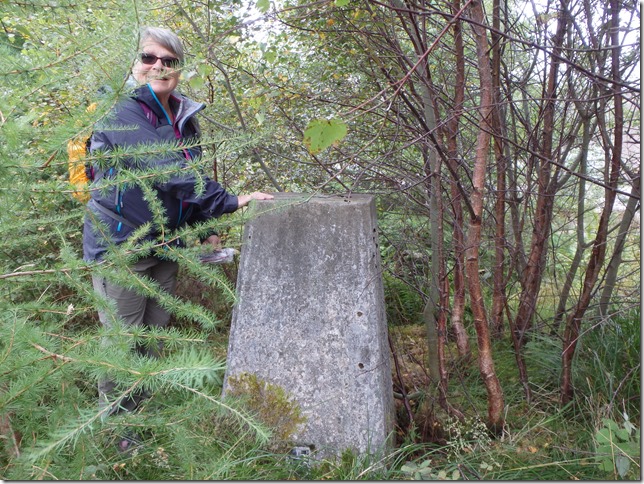 Fighting through the bushes 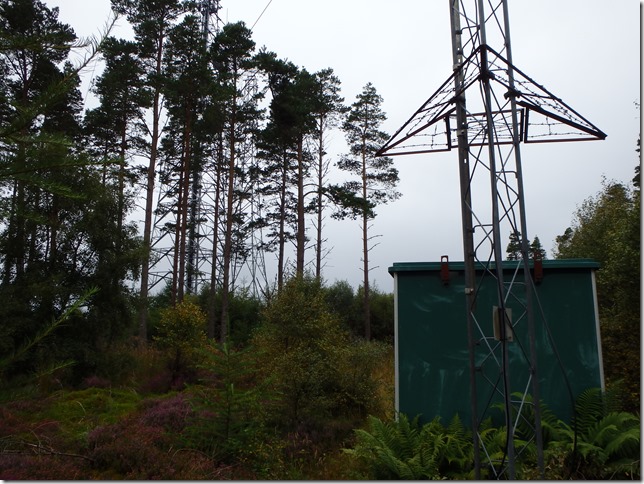 The trig is hidden in the trees and bushes on the left, with the large pylon behind…

We eventually set off to follow forestry tracks virtually all the way to the trig, with me recognising the tracks and realising, I’ve been here before, although several years ago and before I’d started ticking them off. Having found and found the trig, hidden in bushes next to a pylon, we initially decided on a more direct route out to meet the original track. After a short time, stumbling over heather, tussocks and the odd vicious fallen tree, we decided to cut down the next fire break instead, as we are lazy trigpointers and this was becoming less fun. And it started to rain.

There was no hanging about when we got back to the vehicles as I had washing on the line that needed to be rescued, so I shot off PDQ.

We stretched this one to 2.3 miles and 224 ft. We had quite a giggle, has to be said! Great fun Laura, thanks for the company and the laugh, on to the next! 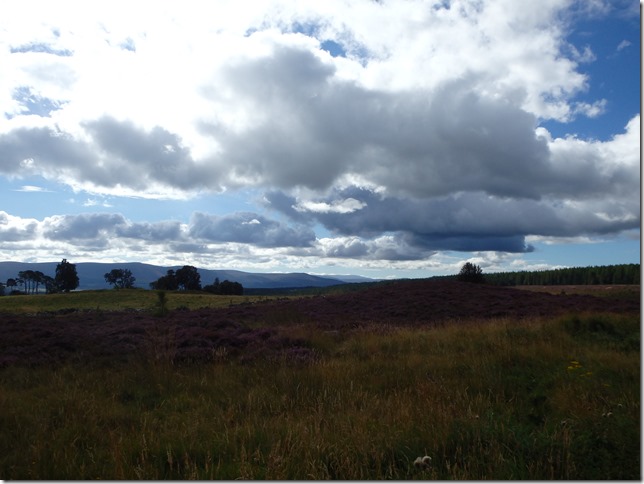 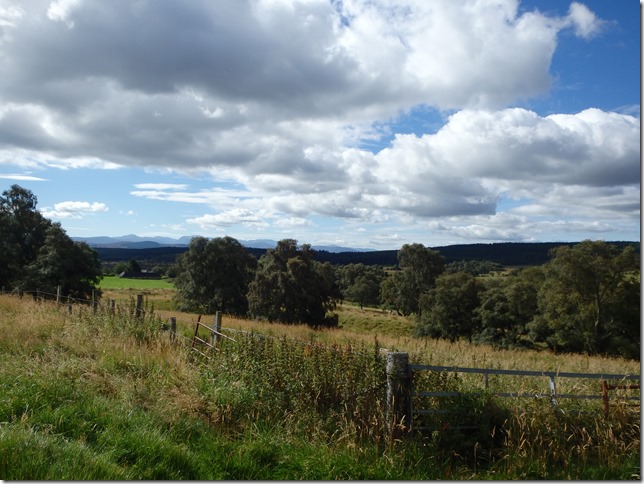 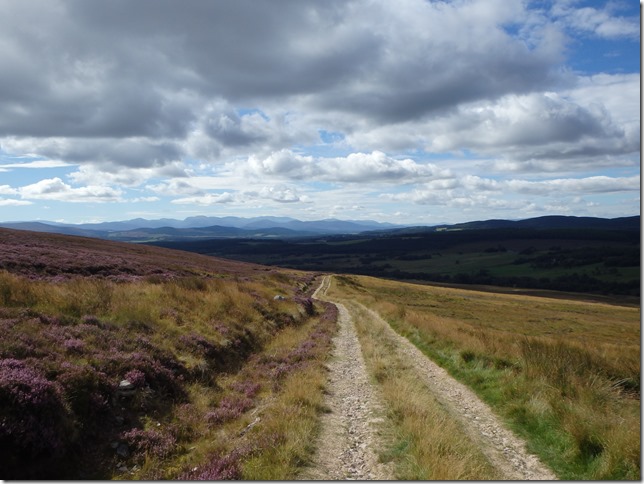 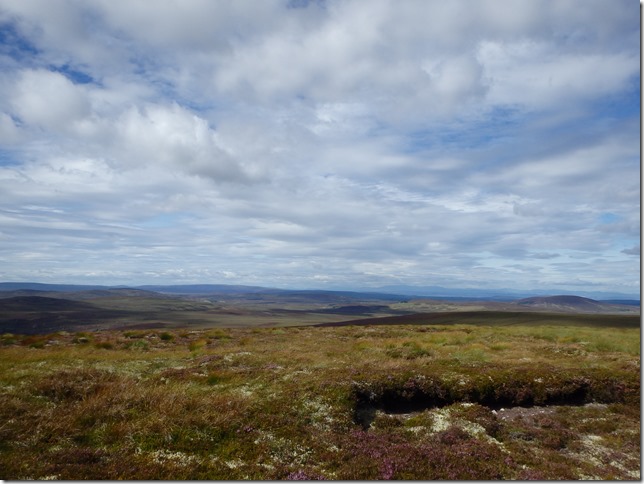 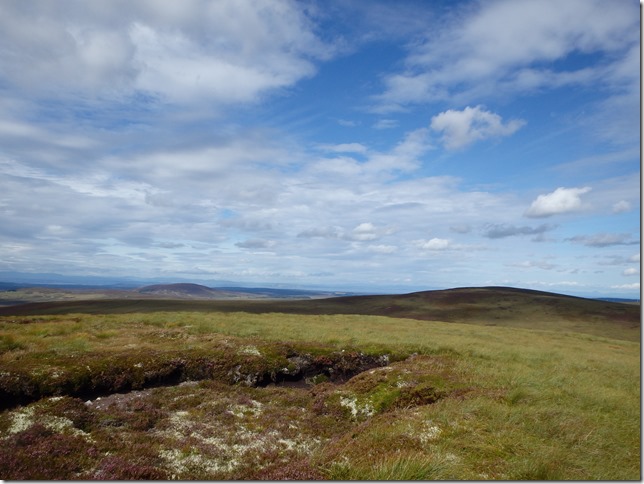 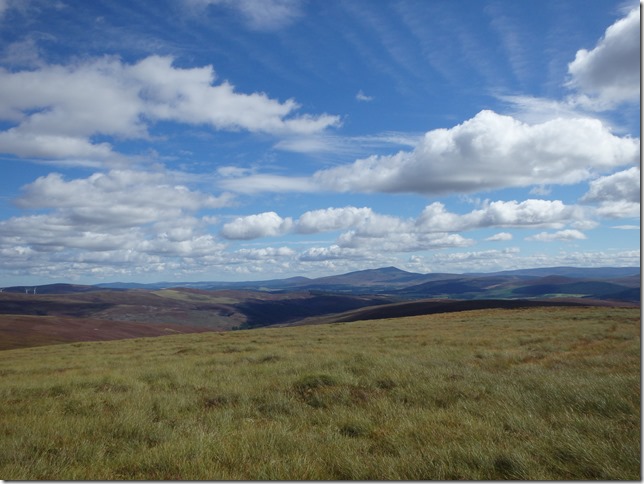 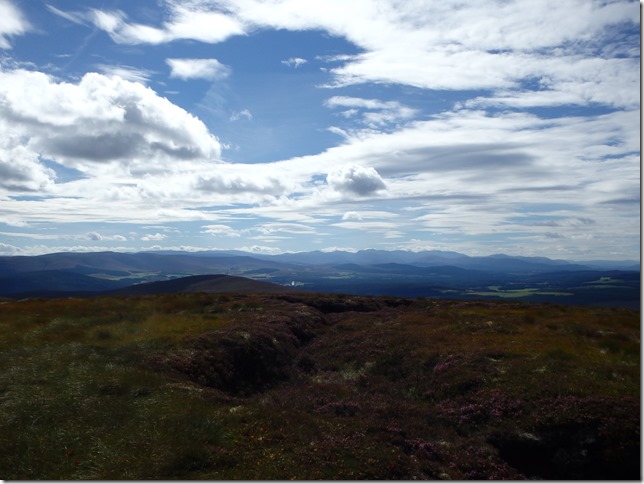 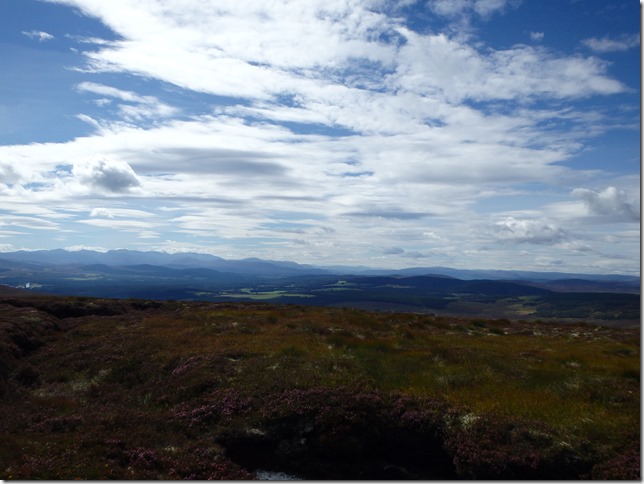 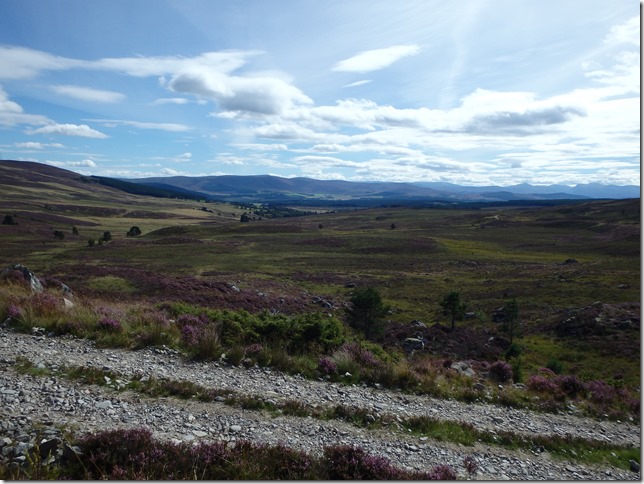 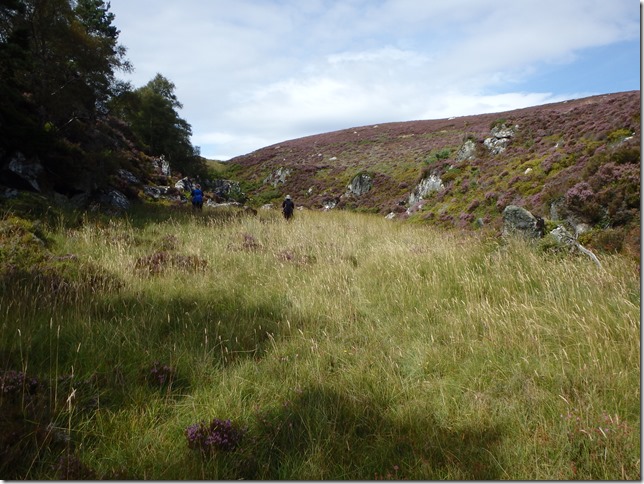 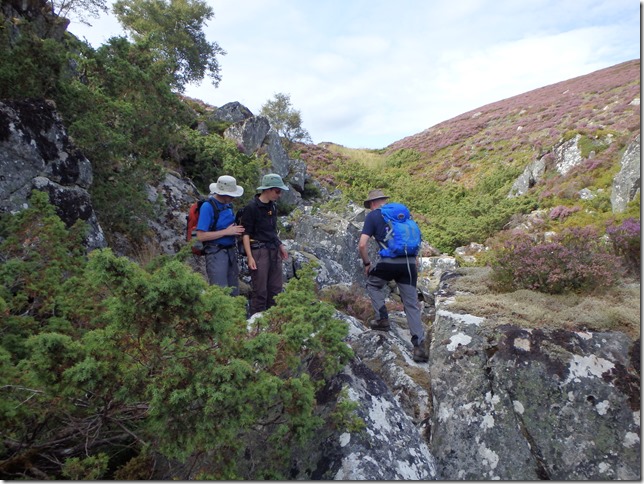 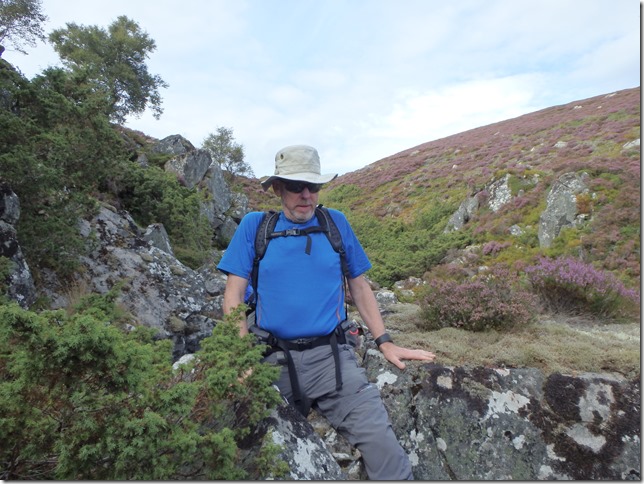 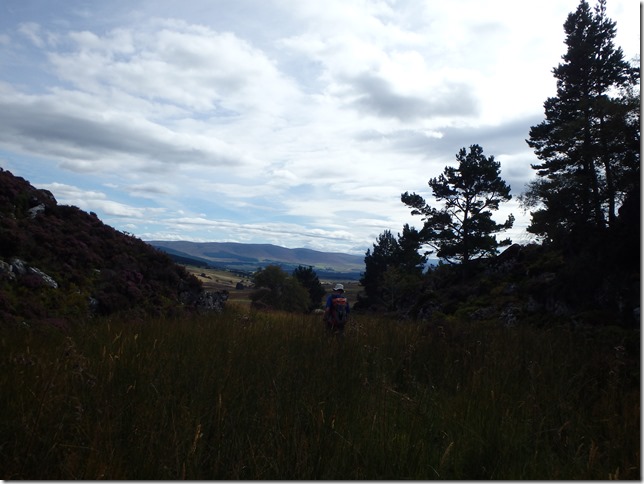 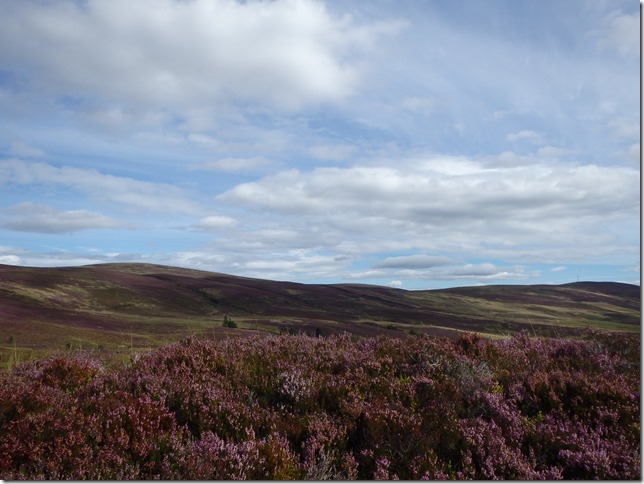